I have played Destiny since the original game launched back in 2014 as well as every expansion Bungie has put out since then. One thing that always stood out to me is Bungie’s emphasis on community. Through all of the franchise’s highs and lows (the majority being lows), this idea never felt completely lost. Beyond interacting with the players through forums, events and social media, the community is one of the core principles that Destiny as a game is built upon.

Over the past couple of years, ex-Halo developers have been shadow dropping secret in-game missions within the world of Destiny 2. It is up to the community to solve these mysteries in order to be rewarded with, what is normally, a sweet new piece of exotic gear. In the latest secret event, Bungie tried something different. What seemed to be a relatively simple in-game puzzle, quickly spiraled into a herculean community event that spanned over a week. It is this latest puzzle that shows us that, even long after their Halo days, Bungie can still innovate.

Destiny 2’s latest event started off just as mysteriously as the others. Players found that if they spoke to a seemingly unimportant NPC (no in-game markers highlighted him as having anything to say), they received a quest with a simple request; “Traverse the Corridors of Time”. This season, Destiny 2 brought new missions based around exploring the Corridors of Time – a way of reaching alternative timelines within the universe. Previous missions saw us use these corridors to save allies we thought were lost and unveil new truths about the world. The missions had seemed to have run their natural course, until a couple of weeks ago, when this new mysterious quest popped up.

Once players had the quest, they were prompted to re-enter the Corridors of Time. This time, however, there was no clear objective. Initially, players aimlessly wandered through the corridors with no clear direction. Eventually, eagle-eyed community members discovered that each side of the hexagonal rooms, breaking up these corridors had totems with a different symbol on. The symbols on these totems corresponded with symbols found in codes that had started appearing around the same time in various locations throughout the game. By putting 2 and 2 together and using these codes as a guide through the corridors, players began successfully navigating their way through the level.

Upon successfully running a code, players were granted access into a room and rewarded with a lore entry. In the middle of the room sat a mysterious grave atop a glass floor that killed any player that approached it. Below the grave, under the floor, appeared a large hexagonal symbol, surrounded by multiple smaller hexagons, each with various other symbols on. These large symbols played a key part in solving the overarching quest – “Traverse the Corridors of Time”

Putting the Pieces Together

As time went by, more and more codes began to appear in the world, 19 in total. Running all but one of these codes granted the player an additional piece of lore, the other code awarding players with a unique in-game emblem. Each of the codes that granted lore offered the same large symbol under the grave to every player that ran it. The code that led players to the emblem room (as it would later become known) was different. Players started reporting different symbols in their emblem room to others. Soon the big-brainers at r/RaidSecrets caught onto this and had a breakthrough. They realized that by compiling a database of thousands of symbols submitted by community members, they would be able to create one vast map through the Corridors of Time and allow guardians to complete the mysterious quest.

The sheer size of the map that needed to be produced was far larger than the community was first expecting. Destiny players have become used to completing new content in less than an evening, so something of this scale took the community by surprise. Bungie even had to tweet about how large of a task solving this puzzle would be. Streamers and community members worked tirelessly around the clock, with some staying up for over 24 hours at a time with little rest in-between. Gladd, a top Destiny streamer, was flirting with the line between sanity and lunacy on more than one occasion, making for some great moments on his stream.

After almost a week and countless combined man-hours dedicated from many committed guardians, the final piece of the puzzle was put in place and the first players started to successfully complete their voyage through the Corridors of Time.

The reward for everyone’s dedication was a new fusion rifle called Bastion. Whilst the gun is unique and a worthy prize for such a feat, the majority of players felt disappointed. Many were expecting a weapon we had never seen before or a returning classic. Instead what we received was a gun set to release a couple of weeks later that we already knew about. Whilst the reward was underwhelming, the community seemed to share one positive opinion. The execution of the puzzle itself was impeccable. Its ingenious design allowed anyone to contribute towards the solution. Whilst some members of the community went above and beyond to build the map and collate the symbol pictures, anyone who submitted their symbols could feel like they had done their part.

I’ve not played many other MMOs, only dabbling in WoW Classic and Guild Wars 2, but I can say that I have yet to play another game that so closely ties its community to its core design ethos. Bungie has made a lot of mistakes in the past, for which they have received their fair amount of criticism and rightfully so. Whilst the studio’s current work may not be as obviously ground-breaking as the work they did with Halo’s multiplayer, some of it, in its own right, is just as significant.

Destiny 2 is and will forever continue to be far from perfect. However, the way it has been designed to engage with its community is something that I have yet to see executed to this level of detail and polish elsewhere. The latest community puzzle is the perfect showcase of Bungie’s ability to create community-wide events that bring players together and allow them to work towards one common goal. The past two years have seen a handful of events on this scale. They are what has recently made Destiny so special and I hope they continue to steer their game in this direction. The Corridors of Time puzzle shows us that, despite what you may think, Bungie can still innovate. 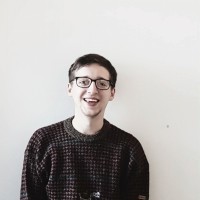