Nintendo was always a company that had a happy, carefree kind of vibe. Throughout the plethora of their colorful and cute titles, it maintained that image for decades. And one such series that Nintendo managed to achieve this with is Animal Crossing. Though potentially small, Animal Crossing went far from its Japanese debut on the Nintendo 64 console. So with the Switch out for some time now, it was only a matter of time before a new entry in the life-simulator would return. Why not take a look at how the series innovated and got to the point it is today? And also give some notes on the upcoming release.

It’s been quite some time since Animal Crossing had a solid reputation. After the god awful mobile game, fans of the series quieted down. New Leaf on the 3DS was the last main entry into the franchise, and for a while, it looked like the final. However, the rise and popularity of the Nintendo Switch saw a reemergence of the series, and New Horizon was announced shortly after. So what can we expect from it? Well, to kick things off would be to cut down on the mobile additions that made the game a bore. Also, a refreshing change of locale. This, however, is one of its core new features.

Setting the game on a lush tropical island instead of a town. Instead of being seated in the mayor’s office, your custom character is invited to take a trip to Tom Nook’s tropical resort. There, you go to great lengths to create bonds with anthropomorphic animals. Sharing the wonders and joy of a nonlinear progression with your favorite characters. Standard Animal Crossing. However, new features set this game apart from others. The first one would be the crafting system.

For those unfamiliar, each subsequent game in the series added a different, yet new mechanic, and here it’s again present. Though not entirely new, because it was introduced in the awful Pocket Camp, it’s more fleshed out here. Players will have the option to build and craft multiple items they gather from in-game play. This could range from decorations to parts for building a house.

Additionally, players can access a variety of different premium items with new in-game money, called Nook Miles. We hope that this new form of currency won’t be just another gambling mechanic, but will encourage gameplay and progression.

The most important new addition that players demanded is multiplayer. New Horizons adds to its gameplay both local and online multiplayer, allowing 4 players locally and 8 online, to join in on the fun. On top of that, players will have the ability to invite their favorite animal characters to the island for a variety of mini-tasks, or just casual fun. Players can interact with, trade items and furniture, and meet some cute new characters along the way.

When it comes to the furniture, however, there have been some debates. Many would argue that home customization was an integral part of previous games, yet lacked many details. This time around, Nintendo stated that more detailed furniture will be included. Though the blueprints for the items will be scattered across the island, meaning that you will have to cooperate with these lovely companions if you want to get your hands on that sweet house loot. Thanks to the multiplayer feature, you will also be able to share your creations online with others, and once again trade different items.

The other standard additions, such as seasonal events, once again make a return. This is also the first game to fully adapt to the player’s region. Meaning that each season in the game is now fully adapted to each player’s real-life location. The weather also changes rapidly, again mimicking that of real-life. Allowing players to participate in multiple mini-games available only during a specific period, and win valuable trinkets and items along the way. Just remember, never trust that blasted greedy Tom Nook. He is the reason you’re on this deserted island in the first place, so I would be careful if I was you.

At the time of writing, Animal Crossing is available for pre-order exclusively on the Nintendo Switch. Though simplistic, this series manages to pull us back each time with its charming world, and carefree life. We await more news regarding the game, but until then, we will settle for this and hope for the best. Animal Crossing New Horizons will release on March 20, 2020, so mark your calendars early. 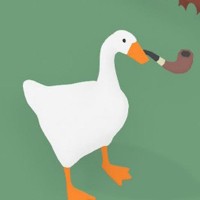 Why Blizzard Will Survive the Warcraft 3 Reforged Fiasco